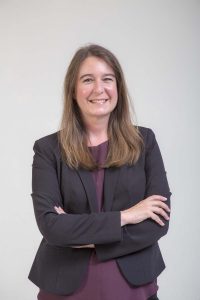 Tess is a member of the Conway Morning Rotary Club and enjoys giving back to the community. She was born and raised in Louisiana but now calls Arkansas home. Tess resides in Conway with her husband, Eric, and two children, Abbey and Keegan. 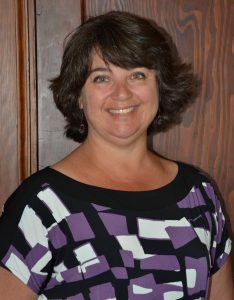 Vicki has worked in development for over 20 years, and also on various projects as a strategic consultant. She moved to Conway in 2003, and has lived in VA and NY, once she left her home of PA. She is married and has two kids, Maria and Bryan. 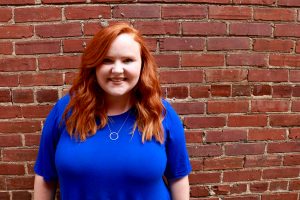 Karli began volunteering with the Children’s Advocacy Alliance for the annual “Festival of Chairs” event and fell in love with the mission and values held by the organization and its team members. Not long after, she pursued the Forensic Interviewer position at the CAA because she felt it would not only be fulfilling for her as an individual, but would ultimately help provide a voice of justice for children in our community who deserve nothing less. “I have a remarkable support system made up of family, friends, a long-term relationship, and a rescue puppy that have all shaped me into the person I am today and will continue to inspire my growth within the organization,” she says. 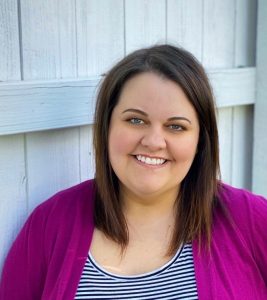 Courtney McPherson, LMSW, is a licensed master social worker and the trauma psychotherapist for the Children’s Advocacy Alliance. She holds a graduate degree in Social Work from the University of Arkansas at Little Rock and a Bachelor’s Degree in Sociology from Oregon State University. Courtney is a certified clinical trauma professional and has clinical experience in both inpatient and outpatient settings working with children and families who have experienced trauma. Uniquely, Courtney has vast experience and education working with victims of domestic minor sex trafficking and the commercial sexual exploitation of children. Courtney utilizes evidence-based treatments such as trauma-focused cognitive behavioral therapy, pet assisted therapy, cognitive behavioral therapy, dialectical behavior therapy, acceptance and commitment therapy, and aspects of art and play therapy, among others, to help children process the trauma(s) they’ve endured and grow from their experiences. When necessary, Courtney also assists our clients and their families by being a support to them as they navigate the justice system. Courtney resides in Conway with her husband, Justin. She enjoys game nights, costume parties, beach trips, and a good 90s hip-hop playlist. She dislikes coffee, humidity, and Spanx. Courtney is the mother of two kitties (Georgia & Charles) and a 15 year old shih tzu, Avery. 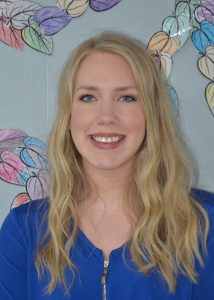 Lacy began volunteering for the Central Arkansas CAC in August 2017 and became a Family Advocate for the CAA in March 2018. In March 2020, she transitioned to the Clinical Coordinator position. Lacy lives in Greenbrier with her husband, dogs, cats, and cows. It is her aim to bring her passion and determination to better serve our kids hope and support. 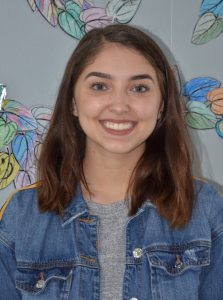 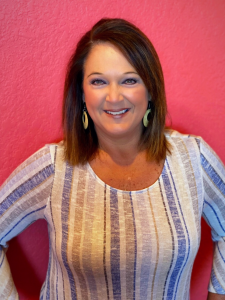 Kara Campbell, R.N., is our Center’s SANE (Sexual Assault Nurse Examiner). She graduated from the University of Central Arkansas with a Bachelor’s of Science in Nursing and has always had a passion for children and youth. She first served the agency as a volunteer CASA for 5 years before accepting the SANE position. “If I can use my interactions to make even one child feel loved and supported, and not “damaged goods”, then I consider my efforts a success.” Kara is a lifelong resident of Conway, along with her loving husband, Jim, 3 amazing kids, 1 beautiful “bonus daughter”, 1 precious grandson, and 3 adorable pups. 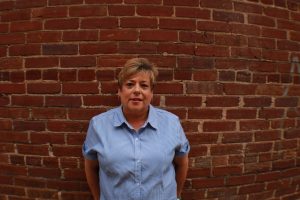 Tracie Cadiente is an alumna of Central Baptist College with a B.S. in Psychology and Christian Counseling. Tracie is a Community of Hope Chaplin, a Stephens Minister, and a Marriage Mentor. Her prior work experience includes being a caseworker for the Department of Children and Family Services. She was also an investigator and litigation claims specialist for two major insurance companies. Tracie has been married for 34 years has 6 grown children and 3 grandchildren. She loves to travel and her hobbies include scuba, snorkeling, and spending time with her family.

Tracie is the founder of a non-profit agency, whose mission is to demonstrate God’s Love is an action by providing programs that will transform the lives of families before they enter a crisis situation.
Tracie’s words to live by: Mercy, Grace, and Forgiveness. God can restore what is broken and change it into something amazing. All we need is faith, hard work, and a passion for those in need.

Carrie was born and raised here in Arkansas and spent most of her childhood in Pangburn, Arkansas. She moved to Conway after high school to attend the University of Central Arkansas. She graduated from UCA in 1998 and remained in Conway for the community. “I loved the community and felt like a could make my home here. I have resided here ever since raising my 13 year old daughter and our assorted pets.”

Carrie had many opportunities in her youth to be able to volunteer for multiple organizations and learned quickly how fulfilling it was to help others and become a part of healing experiences. Carrie has spent almost two decades working with victims of abuse. She is thrilled to continue her career in helping protect and serve the smallest of those that need us the most. 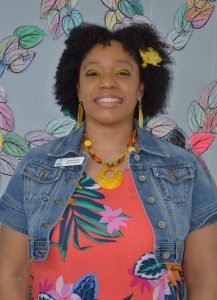 “So, as those who have been chosen of God, holy and beloved, put on a heart of compassion, kindness, humility, gentleness, and patience.” (Colossians 3:12)

Jasmin is a graduate of Central Baptist College and holds a B.S. in Psychology. Initially, Jasmin started as a CASA volunteer before being presented with the opportunity to become a staff member at Children’s Advocacy Alliance as a CASA Coordinator. Jasmin is originally from the small town of McCrory, Arkansas. After moving to Conway in 1997, Jasmin was blessed to meet her husband of 18 years, who is equally passionate about children who have suffered hardships at no fault of their own. Chef King is employed in an impoverished community where he enjoys bringing smiles to kiddos faces by making sure every child has nutritious meals. Together they champion bringing hope and healing.
She has lived in Chicago, Illinois and Longview, Texas but somehow, kept making her way back to Arkansas. Now she has a purpose that keeps her grounded here.
“Working for the Children’s Advocacy Alliance has touched my heart and given my life better meaning. Growing up, my mom noticed how empathetic I was towards those around me and so she would say ‘you know you can’t fix everyone’s problems?’ This is true but if I can provide hope, care, and compassion to just one, I will have given that one hope and joy when before they felt hopeless and helpless. The Children’s Advocacy Alliance gives that voice to the voiceless, and I am honored to be a part of an organization that has a HEART!” – Jasmin Joseph 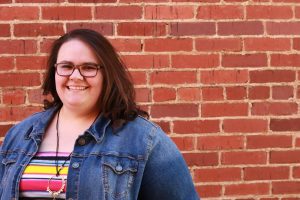 Crystal brings with her a decade of experience in the child welfare field. In addition to being a former foster and adoptive parent, she also trained prospective foster and adoptive families across the state and coordinated awareness efforts for foster care regionally. She brings both a personal and professional devotion to the mission of the CAA and to her role as CASA Advocate Engagement Specialist. She earned her bachelor’s degree in early childhood education from the University of Central Arkansas. Prior to joining the CAA team, she worked in state government and nonprofit leadership.

Crystal is a Central Arkansas native. Originally from Cabot, she moved to Conway in 2005, fell in love with the community, and resides here still with her husband, Chris, their four children, and three dogs. On any given weekend you can find her in her kitchen baking and decorating cakes. 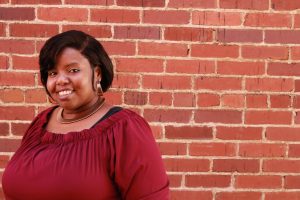 Terrie Harris is a mother of 6 (4 boys and 2 girls), all of which are grown except for her 17 year old son who has recently graduated Conway High School. She is an alumna of Arkansas State University and graduated with a Bachelor’s Degree in Early Childhood Education. She has a collective of 23 years of teaching in the early childhood, from Head Start, ABC Pre K, and Kids for the Future.

She wanted to expand her experience and took a position at Arkansas Department of Youth Services. She worked with youth that had been in some trouble, and learned that a few of the youth were in foster care. After hearing some of their stories, she wanted to get involved with working with foster youth. She applied for a program assistant position and was hired in St. Francis County (Forrest City). While working there for almost two years, a position came open where she could work directly with teens. She applied and was blessed to receive the position. She has had the opportunity to work with some amazing youth and help to develop a connection to their future.
“That is what has brought me to CASA. I have seen the way CASA has been making a difference in children and families that are in foster care. I wanted to be involved with these amazing people. I do believe God has brought me to this point. I want to ensure the needs of our foster children are met. I am very blessed to have been chosen for this position. I pray that my experience and passion for working with children and youth will bring continued success to the CASA Program.” – Terrie Harris